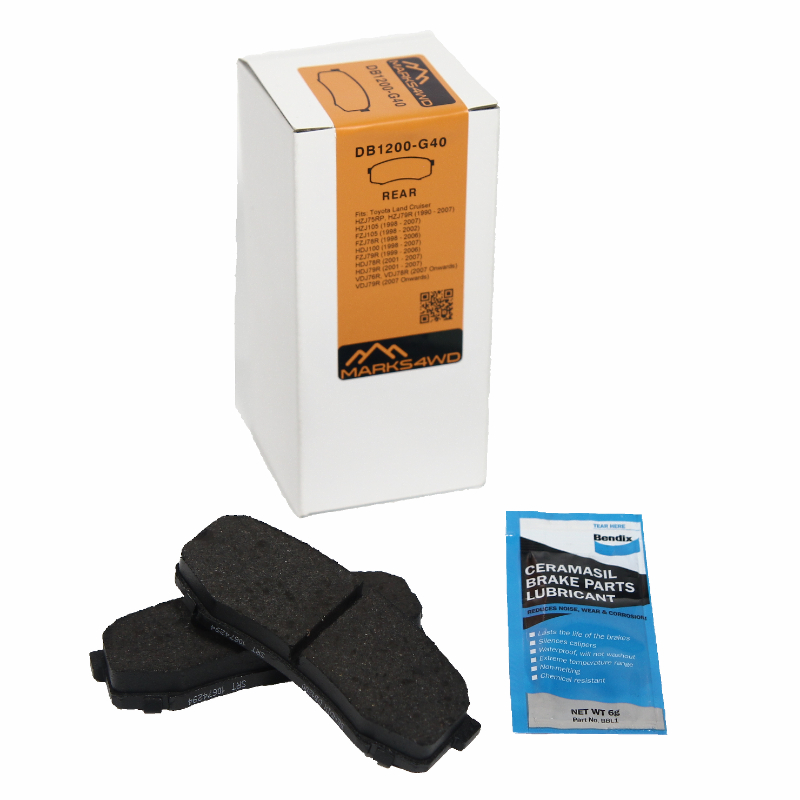 Our Marks4WD G40 brake pads are designed and manufactured by Bendix Australia using years of experience of Marks4WD On and Off-Roading, from every day driving to towing heavy loads and extreme offroading in all conditions.

They are manufactured here in Australia by Bendix, Australia’s leading brake manufacturer since 1955, with a reputation for manufacturing high-quality products for the OEM and aftermarket industry for both local and overseas markets.

After years of driving and testing numerous brake pads on the 70 series Toyota LandCruiser, we have combined our results with Bendix’s knowledge and expertise to develop what we believe is the best-performing brake pad on the market to suit the 70, 100 LandCruisers.

The G40 brake pads provide an exceptional, consistent pedal feel and stopping power even after multiple hard stops or braking during steep hill descents for vehicles carrying everything from full recovery gear to your barista coffee machine.