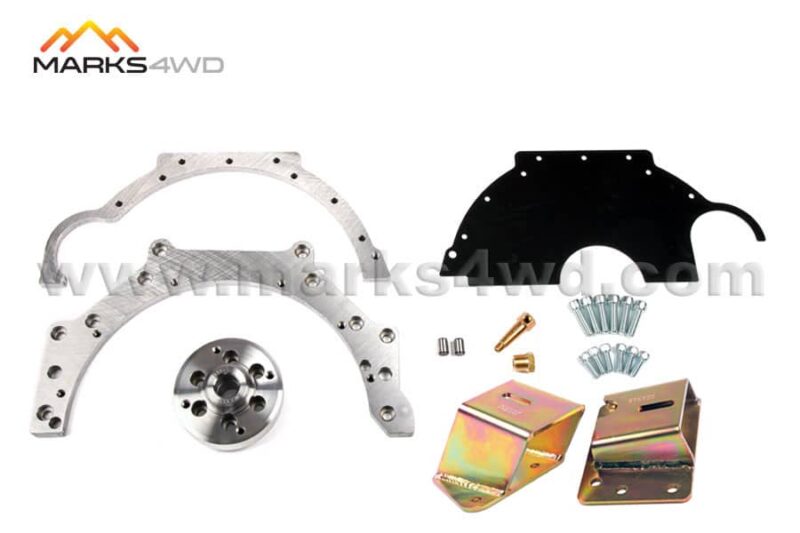 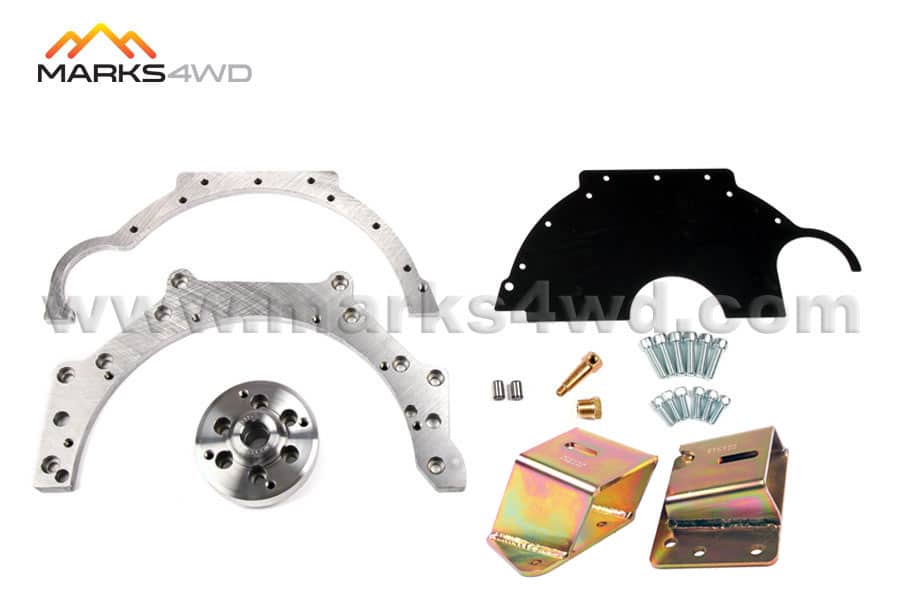 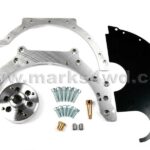 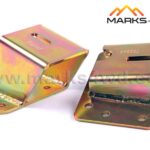 This kit is made to suit vehicles fitted with the Rover alloy V8 engine with a ZF 4-speed auto and includes the following:

The Land Rover torque converter is coupled to the flywheel via a crankshaft adaptor. The adaptor has the Rover flex plate bolt pattern and spigot diameter on the transmission end with the GM crankshaft bolt pattern and spigot diameter on the engine end. This allows the Rover flex plate and torque converter to be bolted to the rear of the crankshaft adaptor, same as the old Rover V8 engine.

On the front of the crankshaft adaptor a GM 153 tooth flywheel is used instead of a flex plate as there is no provision to support a flex plate when the starter motor is engaging.

The engine mounts have been designed to give you sufficient legal sump to differential clearance when used with a standard GM rear drop sump.